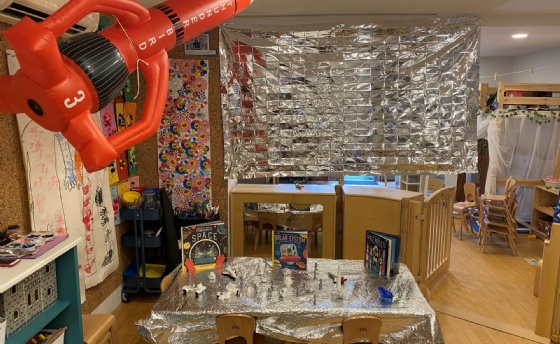 During Week One the children looked at astronauts and rockets. They spoke about the jobs astronauts do and watched the first moon landing.

The children got to try some astronaut food (freeze-dried fruits) and create their own rocket using shapes, as well as play in their very own homemade rocket using recycled materials! 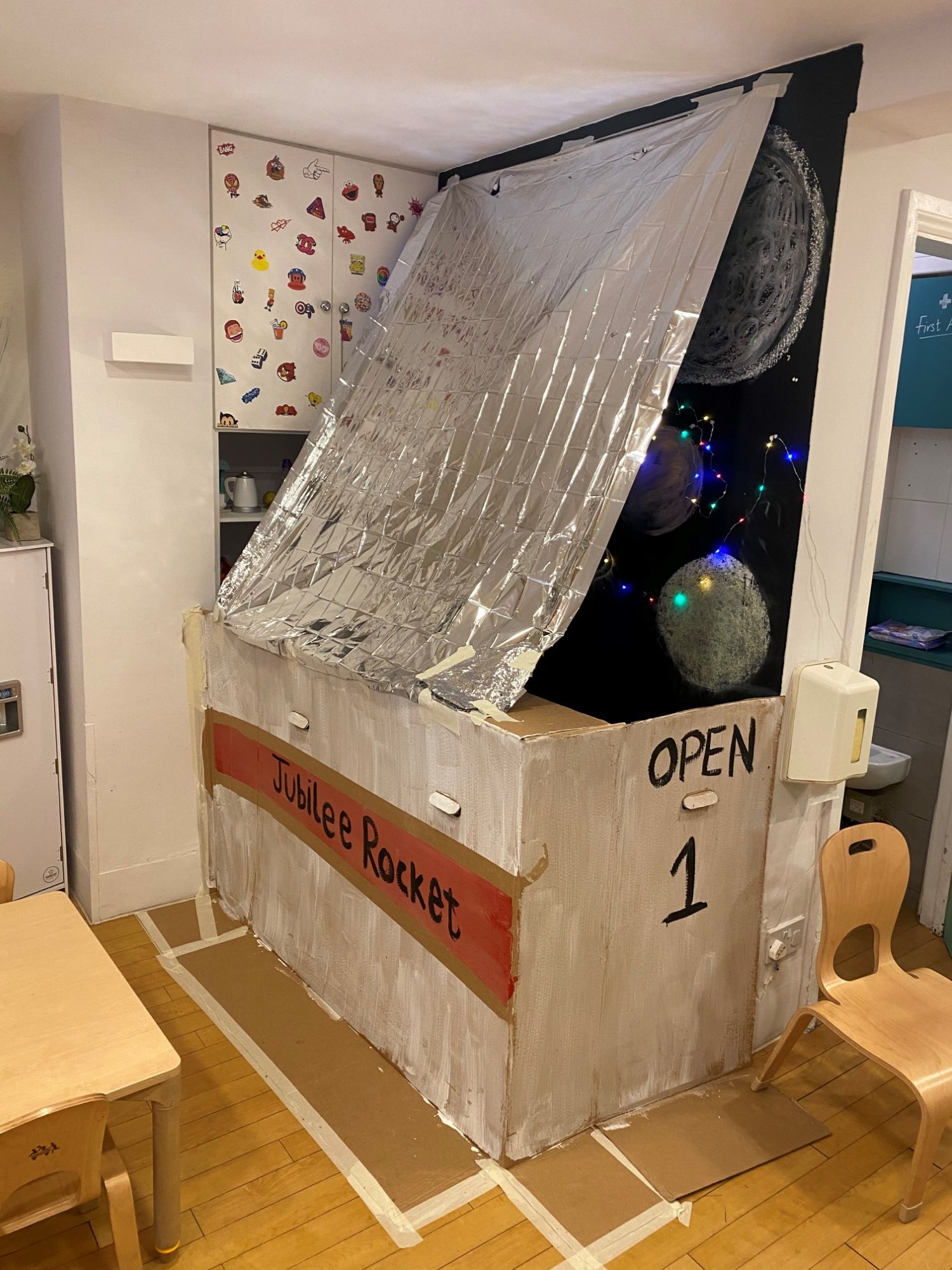 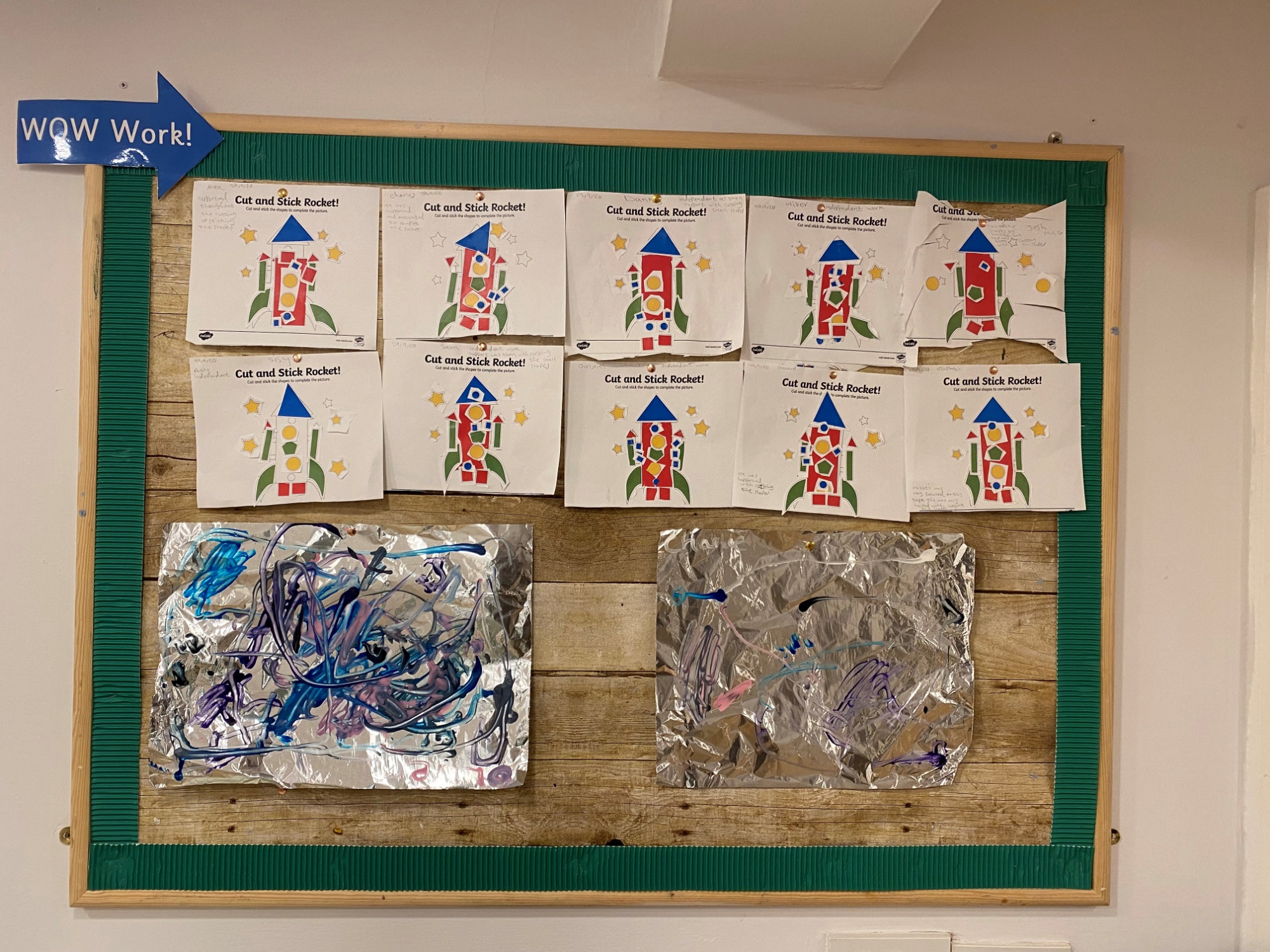 During Week Two the children looked at planets, moons, stars and the Sun. The children have learned lots of new vocabulary like orbit, gravity and galaxy. They have also been taught about the the different names of the planets and what it is like on each (hot, cold, gassy, hard etc.), and learned that the moon controls the tides and is a satellite of the earth. They then created their very own papier mache planets and used foil and grey paint to create moon paintings! 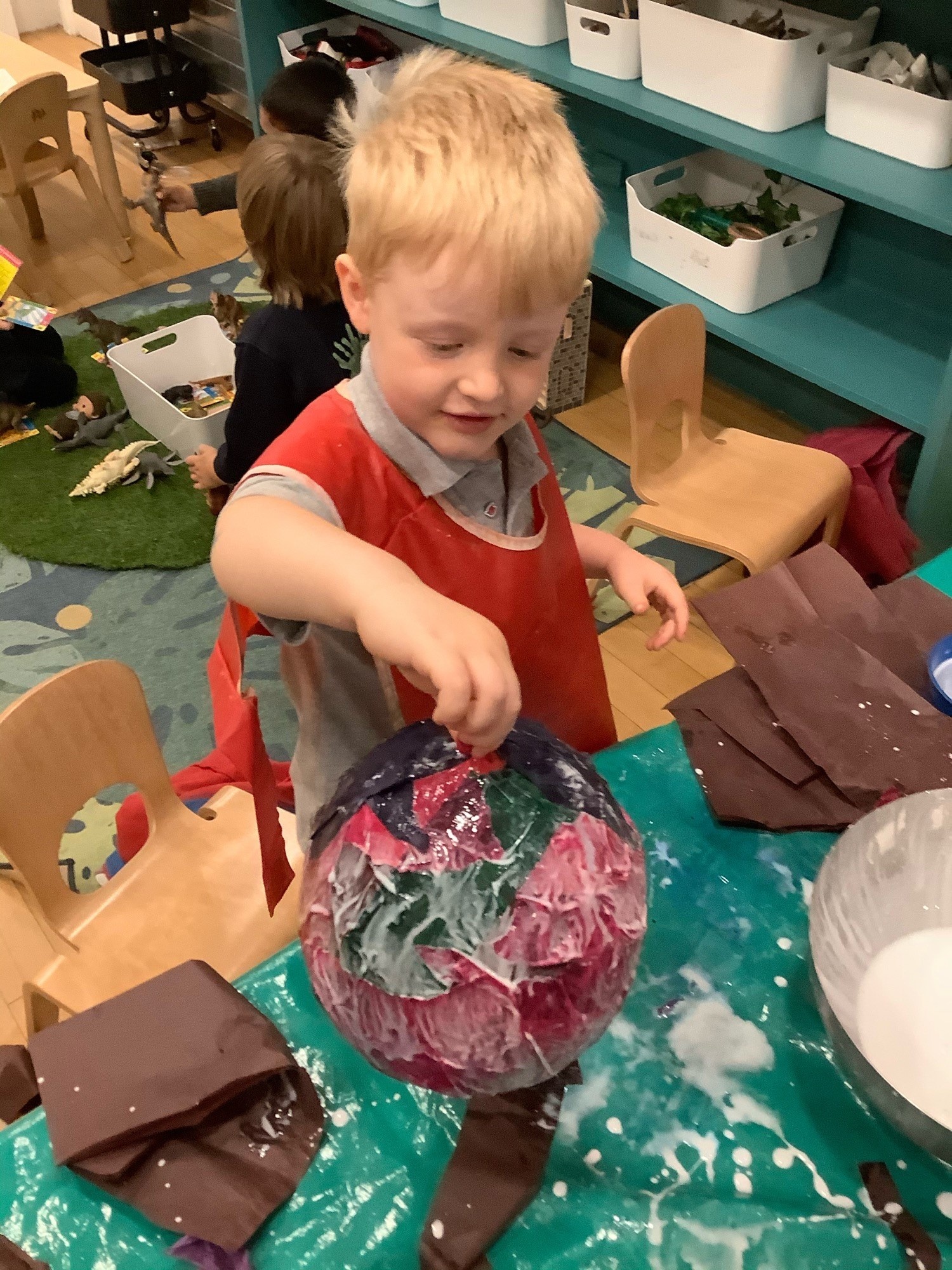 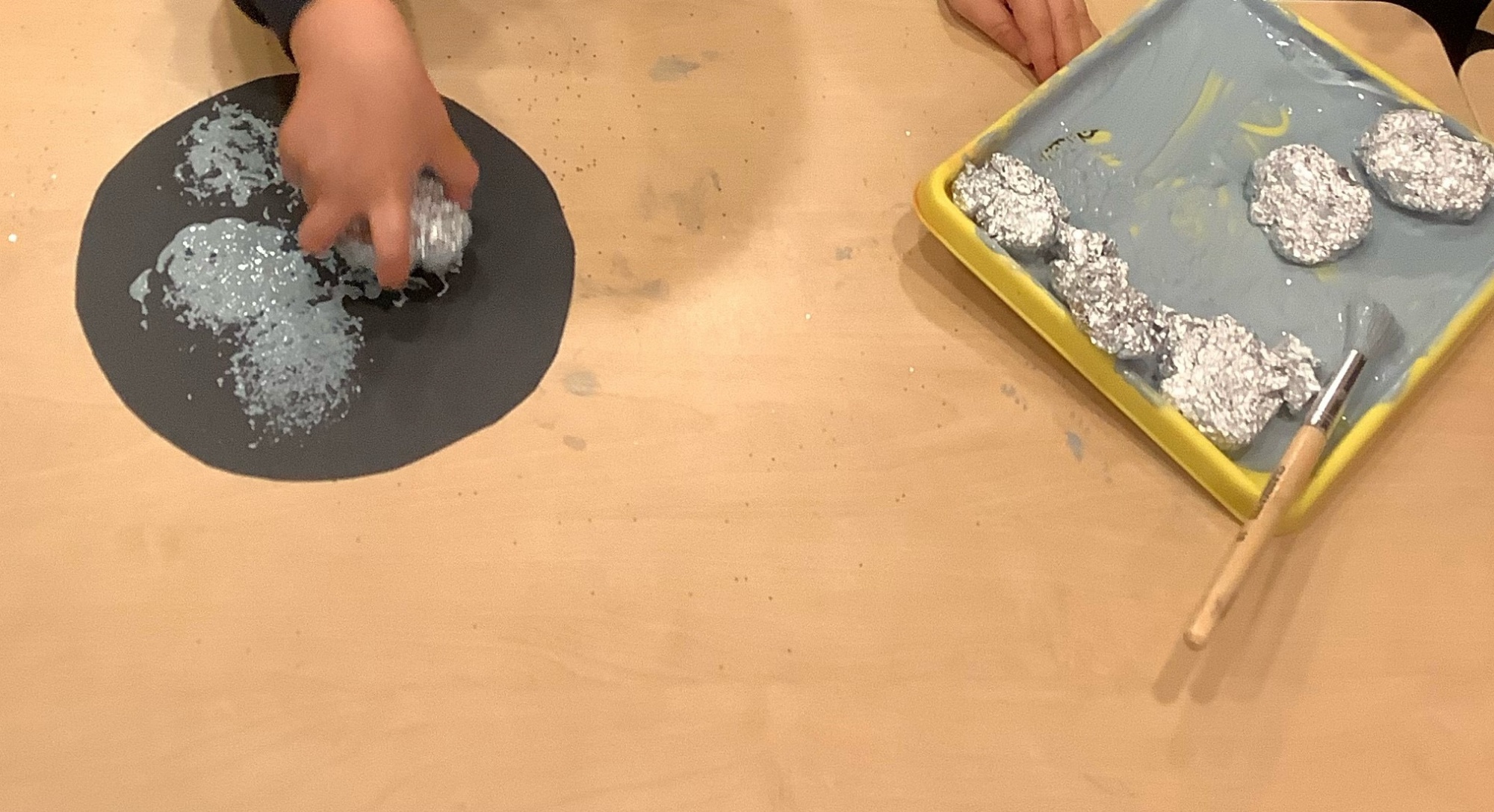